I’ve never really got Facebook. I’ve been what my wife would call a stalker for ten years, but you could count my posts on the fingers of one hand.  It’s not that I think it’s a bad thing  – I’ve liked loads.  Nor could it be said that I’m too shy to expose myself in public –  indeed some would call me an ‘incorrigible rogue.’  It’s just that I’ve never really got to grips with the technology.

I was lying in bed on Saturday morning, thinking that having spent the last six years working on the bloody thing,  I really ought to do something to promote my newly published masterpiece. With my 59 friends on Facebook that seemed the obvious place to start.

I decided to experiment by sending a cheeky little message and the link to the Amazon page to my wife.  I thought I was sending it as a private message, but in fact it went to all my friends, all 59, and several hundred of hers as well!  You’d think that was good, right?  At least it was out there, and there’d be no going back. Well, wrong.

Once I’d sent the message, I decided on a whim to update my profile image by replacing the ten year old photo of me, in tee-shirt, shorts and a rather nice hat, with a watercolour portrait she’d knocked up in a spare five minutes one evening a month or two ago. I thought she’d like that.  It was a nice gesture on my part.

Four days later, and I’ve had a mere three comments on the book, four likes and two sales. The painting, however, has had 23 comments, 175 likes, and she’s received four commissions.  Who does she think I am?  Her f***ing agent? 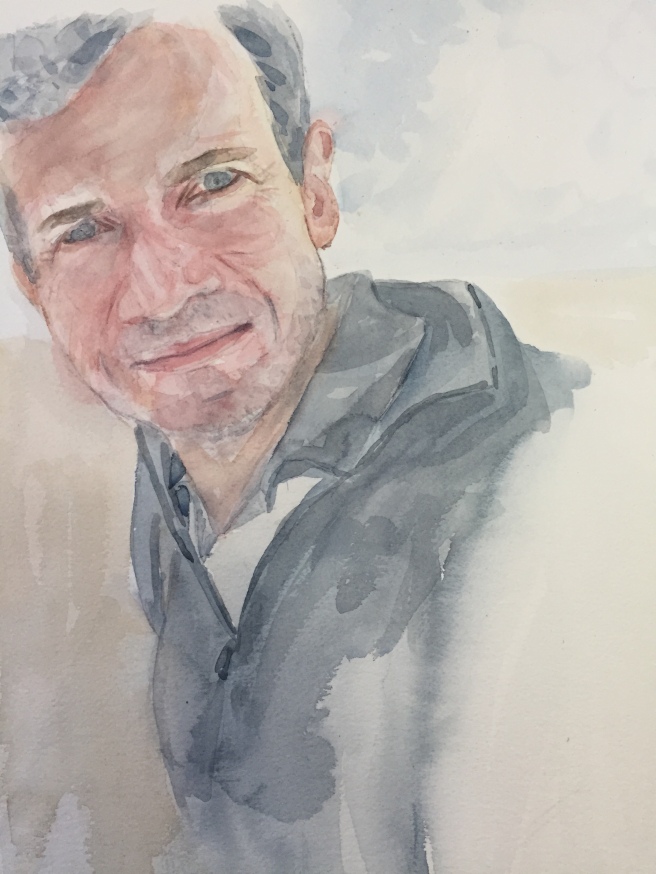